Kroci falls within the region of Slovenia known as Bela krajina (White Carniola in English, Weisskrain in German), thus named to distinguish it from the remainder of the historical Austrian Duchy of Carniola (Herzogthum Krain) to the north. Prior to inclusion into the duchy, this area was under the control of the Kingdom of Croatia, which had already been absorbed into the Kingdom of Hungary. Counts from Carinthia and Carniola to the north, setting their sights southward to the sparsely populated primeval forests of Bela krajina, conducted successful military campaigns in the 12th century. Based on church records and Urbariae, this hamlet was always considered part of Preloka.

The first mention of a place named Kroci is likely in the Josephian Cadastre of 1763 and documented as Krozi. 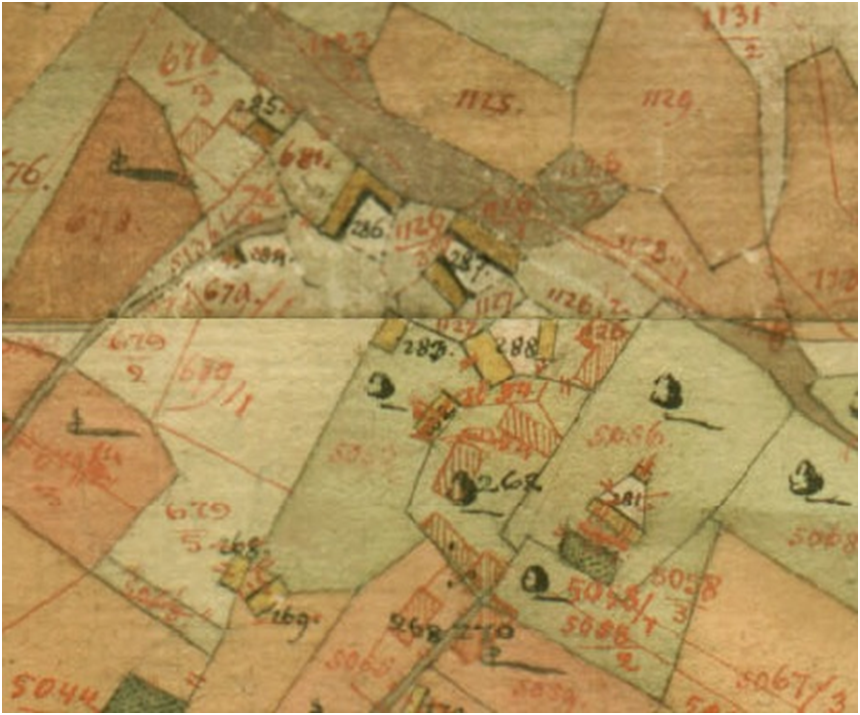 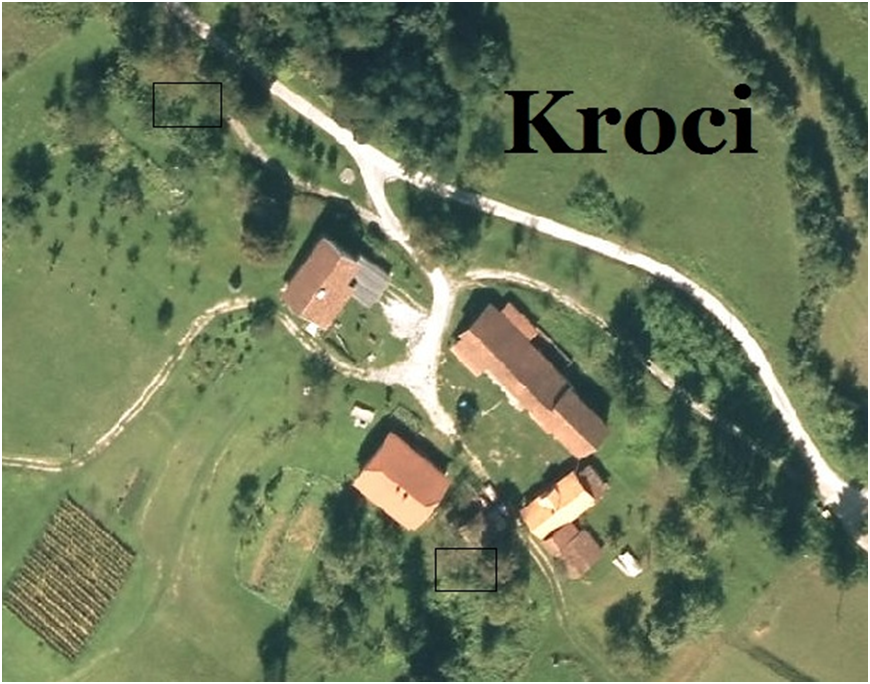 The Francisian Cadastre shows all 6 households that ever existed in Kroci. The aerial photo shows the approximate location of Grdinovi (in the north-west) and Jeličini or Stari Nežiči (in the south).

Continue on to explore the history of the People of Kroci.